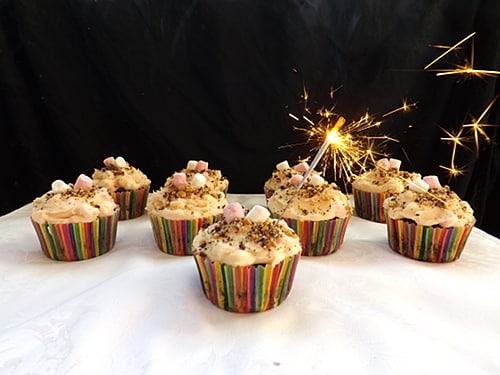 Very soon here in the UK it’s going to be Guy Fawkes Night! Lot’s of bonfires and fireworks to ooh and ahh at 😀 Now for my non UK friends here is a very quick history for you…

Is an annual commemoration observed on 5 November, primarily in Great Britain. Its history begins with the events of 5 November 1605, when Guy Fawkes, a member of the Gunpowder Plot, was arrested while guarding explosives the plotters had placed beneath the House of Lords. Celebrating the fact that King James I had survived the attempt on his life, people lit bonfires around London, and months later the introduction of the Observance of 5th November Act enforced an annual public day of thanksgiving for the plot’s failure. (Exert from Wikipiedia)

So while thinking of a great treat to have while warming yourself by the bonfire, smoores came to mind. Traditionally an American treat but I wanted to see if I could turn it into a fun cupcake so you didn’t have to worry about the little ones burning their hands on hot marshmallow. So I set on a quest to make smores cupcakes. 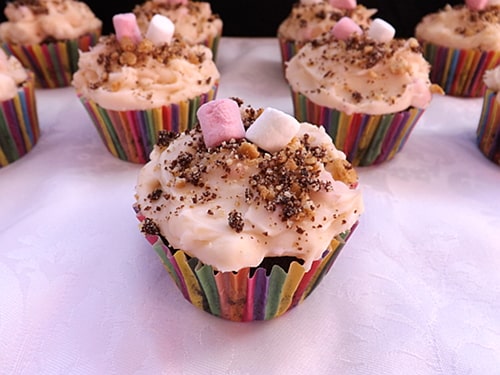 I wanted the melty (yes it’s a real word…) melty marshmallow flavour, the crunchiness of the crackers and the deep chocolaty flavour to wrap it all in. 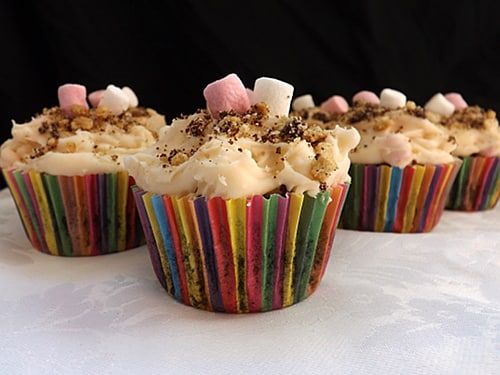 I started off wanting a deep rich chocolate cake, I’m no expert on baking with chocolate but I am a lot better since my self imposed mini chocolate-a-thon in June 2013 and I had a pot of sour cream in the fridge. Chocolate & sour cream hey why not? Sour cream goes well in muffins so why not cupcakes. 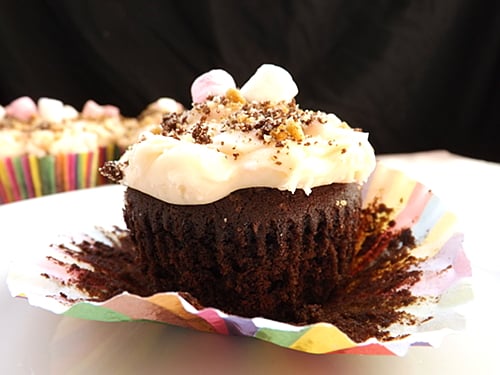 What I got was a lovely rich dark chocolate cupcake, which was delicious on its own and would have made a wonderful dessert if served warm with a little cream. But that was not my plan for them this time. 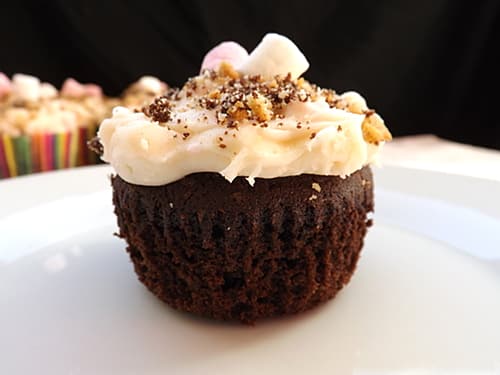 Getting the crunchy cracker element took a little thinking about but I decided taking out the core and filling it with cracker crumbs would be the answer. So there would be a crunchy surprise for the eater. 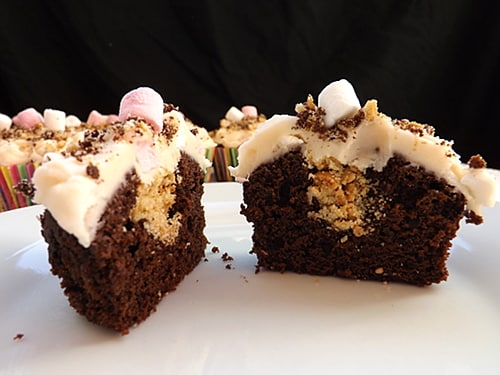 I believe traditionally Graham crackers are used for smores, Graham crackers are expensive and very difficult to come by in the UK only speciality American food stores sell them after a little internet research I am pretty sure our very own digestive biscuits are pretty much the same thing. So I used them instead. 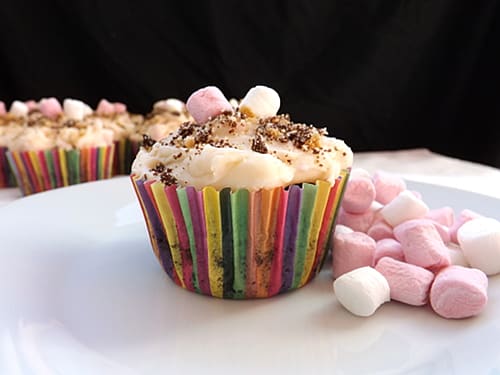 The next part to achieve was the marshmallow, I made a vanilla buttercream and added melted marshmallow and whipped it up like a mad woman and achieved a lovely soft fluffy frosting. If you are a frosting master you could pipe it onto the cupcake and create a lovely swirl. I am not! Also I wanted more marshmallows so I added another few handfuls in and spooned in on my cupcakes. 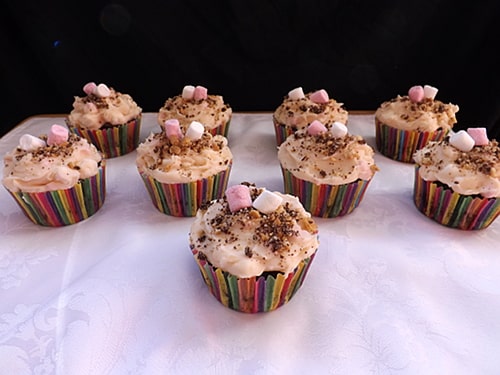 With the remaining cracker crumbs and the cupcake cores I had taken out I crumbed them together sprinkled a little on top of each cupcake and finished with a couple more mini marshmallows. 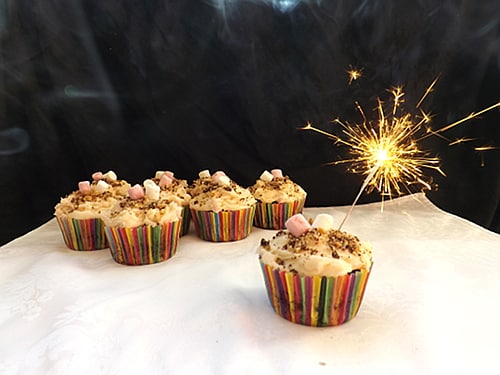 And what you get is a dark rich chocolate cupcake with a crunchy surprise and a fluffy marshmallow topping. Indoor sparklers are completely optional 😉

Directions for the cupcakes

Directions for filling and the frosting

Buttermilk Cupcakes with a Chocolate Butterfly