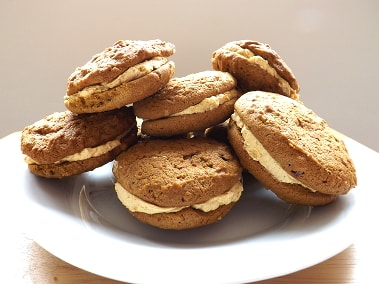 I may be a few weeks early for an autumn style recipe but I first made these a while ago and really loved them and really wanted to make them again to share with you. 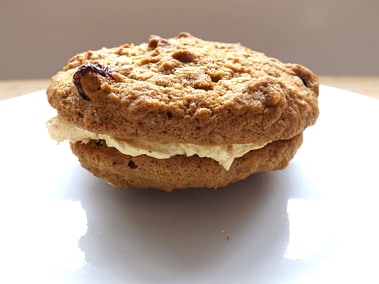 For those of you that follow me on Twitter or Facebook you already know of my cookbook obsession. Any lame excuse is enough for me to part with my cash for a cookbook. I just can’t get enough of them and this one in particular I had been after for a while.

As soon as I got it I wanted to bake everything in it, but where to start? Now here is a bit of a shameful secret of mine, I had never made whoopie pies before! Don’t know why just never had. With all the delicious whoopies pies to try it was a hard decision, but I had a can of pumpkin I wanted to use and if I was going to be making an American treat then how much more American can you get than Pumpkin? 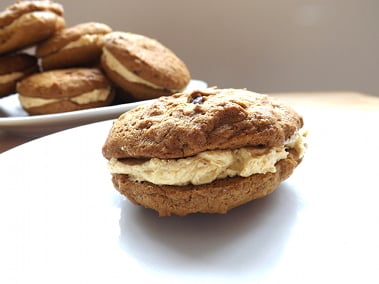 I adore pumpkin everything, sweet or savoury, I love it. But you don’t see a lot of pumpkin flavour things in the UK, even tinned pumpkin can be a bit tricky to come by, hence why when I see it I stock up. 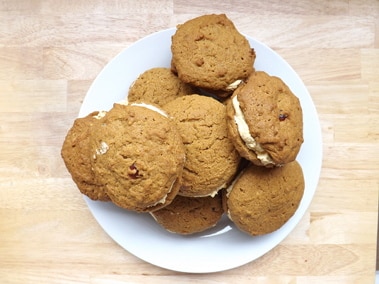 So the decision was made to make pumpkin whoopie pies and I had to decide on a filling. Having a little pumpkin left from my tin and wanting a buttercream style filling after adding a little of this and a little of that, I came up with spiced pumpkin buttercream. Now in America you could no doubt just add pumpkin pie spice but that’s not available in the UK so I had to make my own by adding a little vanilla, cinnamon, ginger, nutmeg and a bit of all spice. I really loved the flavour this produced even though it was not a true representation of pumpkin pie spice. 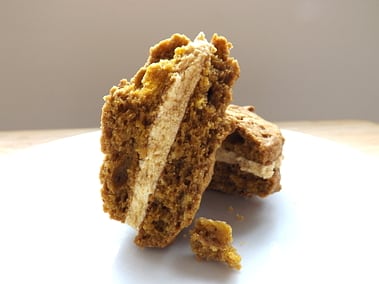 I feel the pumpkin spiced buttercream just added a extra kick of pumpkin and the spices complimented everything so well. 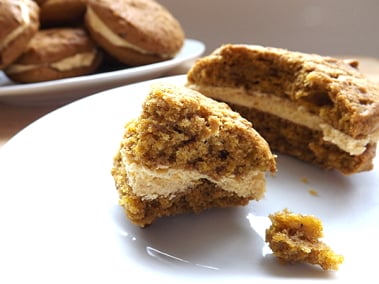 It’s a bit of a debate I believe; as to what is a whoopie pie? Is it a cake? Is it a biscuit / cookie? Is it a pie? Well I’m no expert and have read many stories on its origins, most seem to claim that this was an Amish treat made from left over cake batter. True or not, I don’t know but I will tell you one thing, they are so delicious! I am now officially on the whoopie pie bandwagon. Maybe I am a few years late, but hey, better late than never I say. 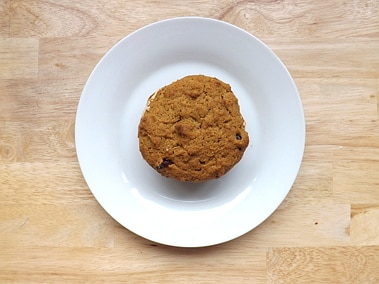 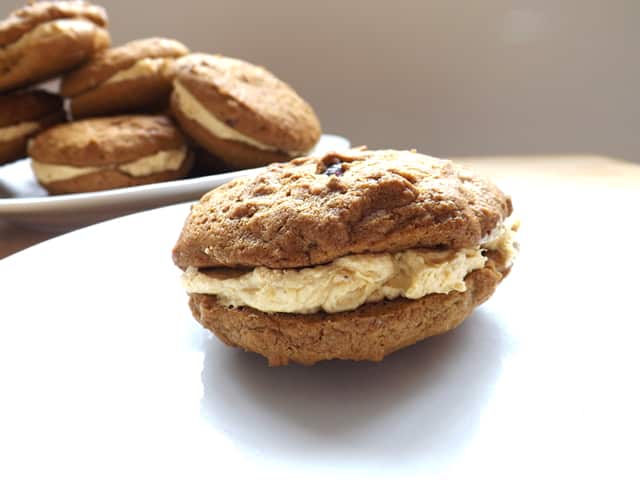 Ingredients for the batter

Directions for the whoopies

Directions for the frosting