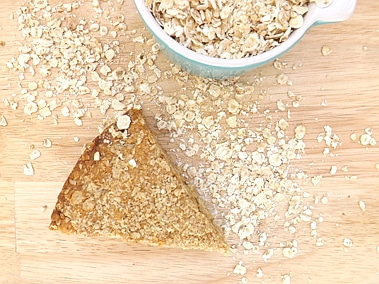 I have been living in Scotland now for around 6 years and to be honest I have still not really gotten used to 2 things, the weather (its just so cold and miserable most of the time) and the food. It’s very much meat, potatoes and a side of vegetables. Being a vegetarian this does not really appeal to me, mince, haggis, scotch / macaroni / bean pies 🙁 as lovely as I’m sure they are they are definitely not for me. 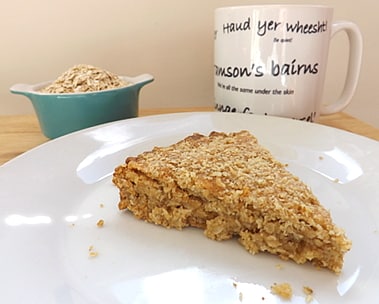 My partner is always on at me to bake bannocks, tattie scones, tablet and a multitude of other Scottish fare. He has bought me several Scottish cookbooks over the years, which I have to admit, went to the back of the bookshelf and collected dust. So I decided it was time to take another look at them and try to find something that might appeal to me. 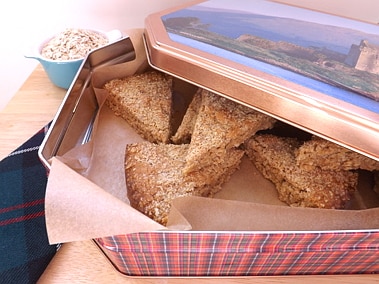 I found these oaty crumbles in a small little book called ‘Favourite Scottish Recipes – Traditional Caledonian Fare’ published by J. Salmon Ltd. It’s only a little book of 40 pages but it certainly has some interesting recipes in it, especially for the meat eater 🙂 but it also contains a few baking recipes. A lot of the sweeter recipes have rolled oats in them, which is no surprise really considering they are Scottish 🙂 but I like oats so that’s always a good starting point, picking a recipe where the main ingredient is appealing. 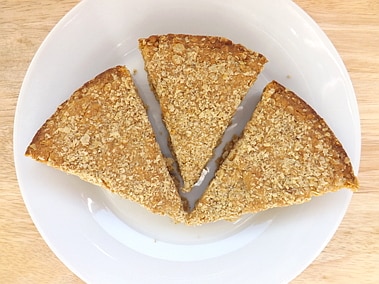 These are pretty simple to whip up and don’t take long either. All your usual suspects are there, flour, caster (superfine) sugar, butter and of course rolled oats. This recipe calls for golden syrup (as does a lot of oat based Scottish recipes!) fear not if you are from a country that doesn’t really have golden syrup, you can use light corn syrup instead. The golden syrup is really just a binder in this recipe. The recipe also calls for 2 tablespoons of fine oatmeal for sprinkling on top, I didn’t have any to hand and didn’t want to buy a bag just for two tablespoons so I just popped 2 tablespoons of the rolled oats in my coffee grinder and 5 seconds later hey presto! Homemade fine ground oatmeal 🙂 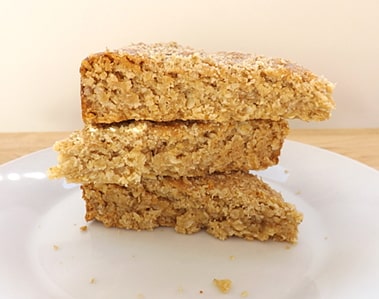 I have to admit I was really surprised these were light and crumbly and really moreish. These make a great snack for mid morning as they are not overly sweet, so you don’t need to feel to guilty about anything. They would also be really good in lunch boxes for kids as like I said there really isn’t too much sugar in these. 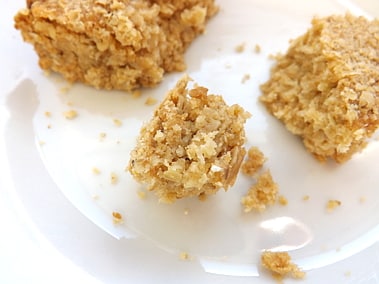 So if you have a spare hour and fancy a semi healthy treat give these a go I promise you wont regret it. 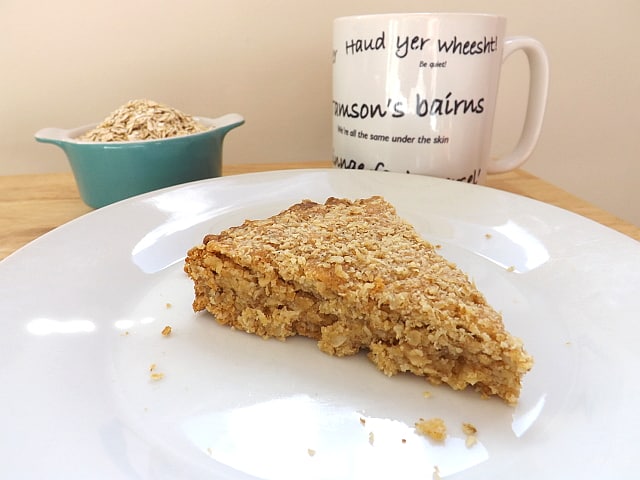