Tomorrow in the UK it’s Shrove Tuesday or more commonly known as Pancake Day! Now who doesn’t love a pancake? To celebrate this I was challenged by Holland and Barrett to take part in their ‘Blogger Protein Pancake Challenge’ to make healthier pancakes using the ingredients they send you. That is how these Gluten Free Protein Coconut Flour English Pancakes came about.

First off I didn’t know what a minefeild pancakes were! To me growing up pancakes were a crepe like creation, just a tad thicker. But when I moved to Scotland, Scottish pancakes are more like American pancakes. And of course everyone loves those thick fluffy American pancakes. But I wanted to make the pancakes of my childhood. Thin, light and can be served sweet or savoury. Traditionally they are served with a sprinkle of sugar and a squeeze of fresh lemon juice. Yeah… this primarily is a dessert blog so I came up with a couple of fancier alternatives. For some fascinating reading about different pancakes around the world check out this Wikipedia article about Pancakes. 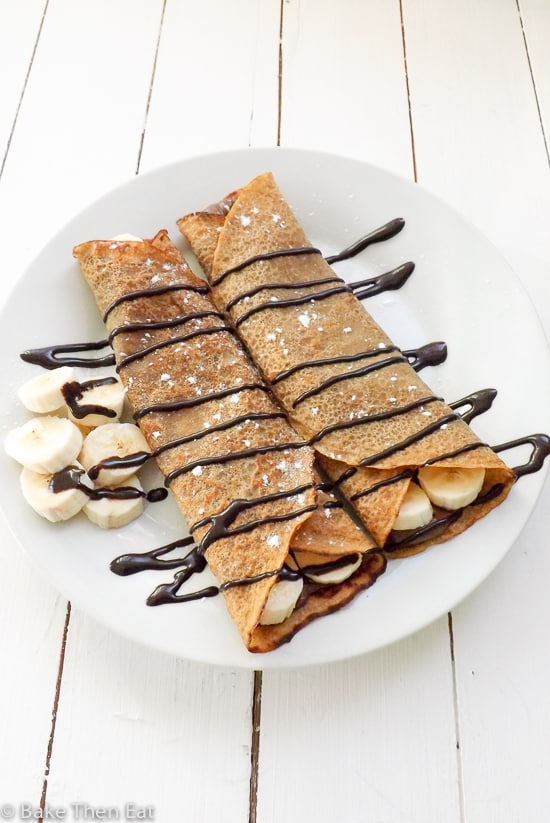 Holland and Barrett are a well known British health food store, catering for special diets long before it was “trendy” to do so. I remember as a kid needing to go visit them so I could get some vegetarian alternatives, luckily things have become a lot better for those of us who have different dietary requirements. But Holland and Barrett remain a British High Street staple. They sent me a bunch of goodies to set me on my path to pancake goodness. I received a bag of coconut flour, a carton of soya milk, a tub of soya protein powder in a choice of flavours, I chose vanilla. And I was allowed to choose 2 other items from their range. I chose coconut oil and coconut sugar, which I have been desperate to work with for ages. 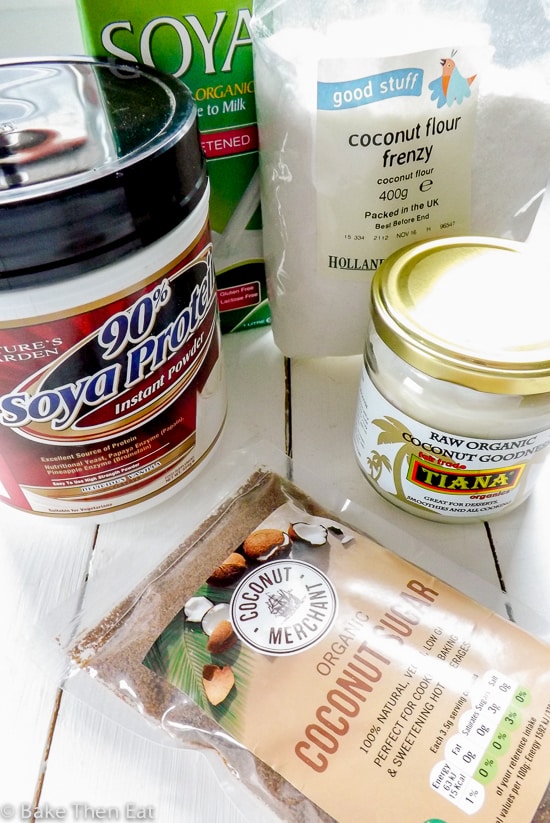 So as you can imagine with all this coconut goodness here, these pancakes do have a mild coconut flavour, but absolutely nothing overpowering. It’s equally balanced with a vanilla undertone which is given to it by the protein powder and the vanilla extract. 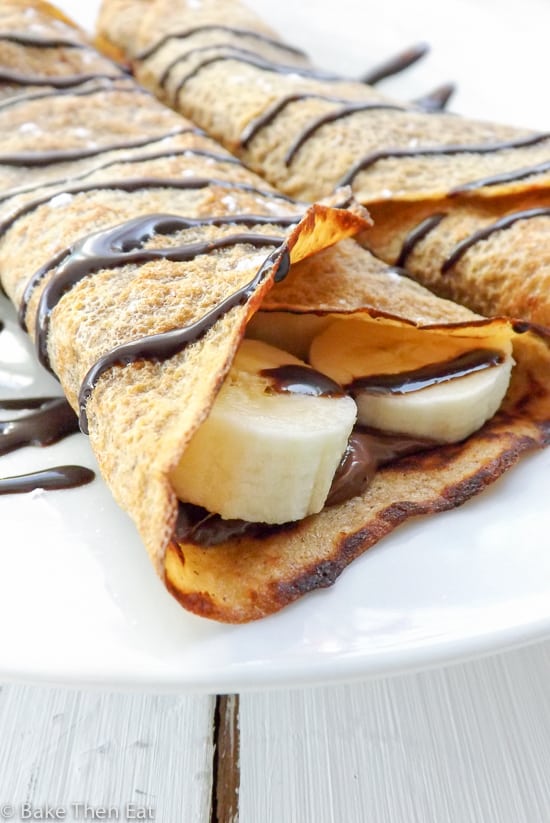 These pancakes have a darker colour to them then regular pancakes and thats due to the coconut sugar. It’s dark rich colour makes the batter a darker colour then expected but it doesn’t matter because the flavour is amazing.

Because these are gluten free pancakes all the ingredients can be thrown together in one bowl and whisked like mad until everything is well combined. But I have stipulated in the recipe to rest the batter for at least 30 minutes.

Why? Well because of the coconut flour, this is a thirsty grainy flour. And by leaving it for 30 minutes it allows the coconut flour to absorb some of the liquid and become a lot smoother. But in a pinch feel free to just make the batter and straight away make your pancakes. The flavour is the same but the feel of the coconut flour is a little more pronounced. Which isn’t a bad thing, I made a batch like this and they were still good. 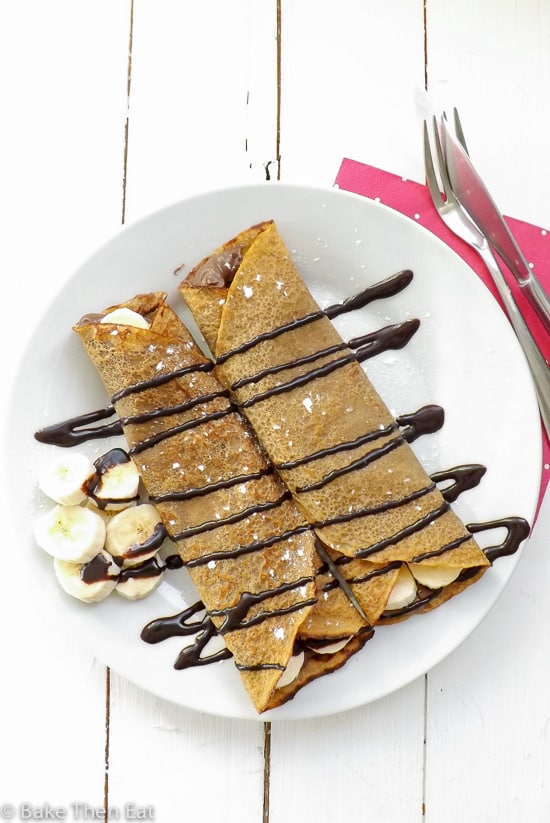 But lets be honest when it comes to pancakes, it all comes down to the fillings and how much we can stuff in to them! One batch that I made I used my favourite filling Nutella and sliced banana. Quick and easy but oh so tasty. But I’m also showing a healthier option for those that don’t want to shovel large amounts of Nutella down for breakfast or dessert! A simple plate of chopped fruit and a small tub of Greek yogurt. 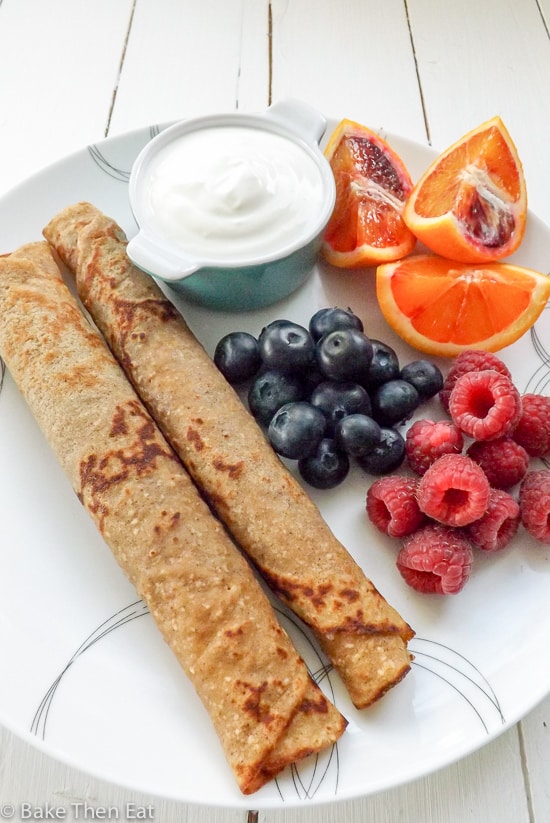 As you can see this is a simpler healthier option but just as lovely. But the sky is the limit with these pancakes. Choose whatever you fancy as a filling. 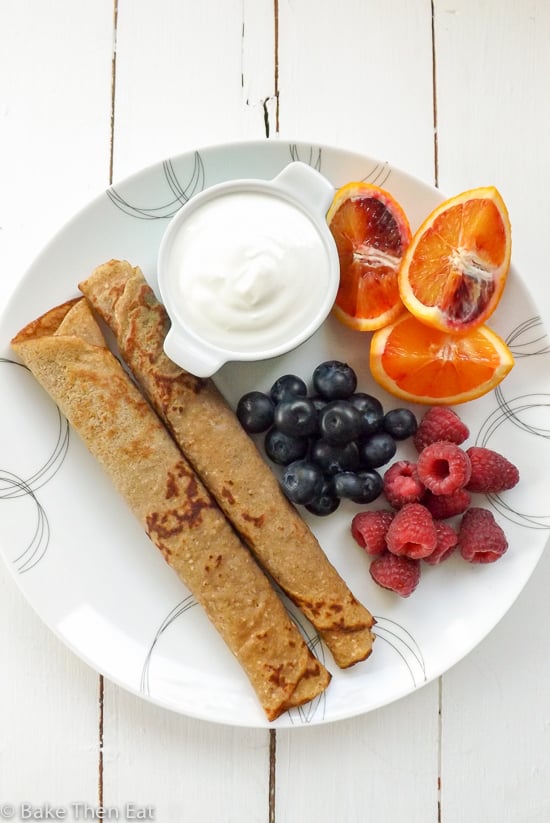 Just a quick side note, when you are making these and you need to stack them place a small sheet of baking parchment between each pancake to keep them from sticking to each other. Then place them is a warm, not hot but just warm oven. Usually the lowest setting on your oven will do. 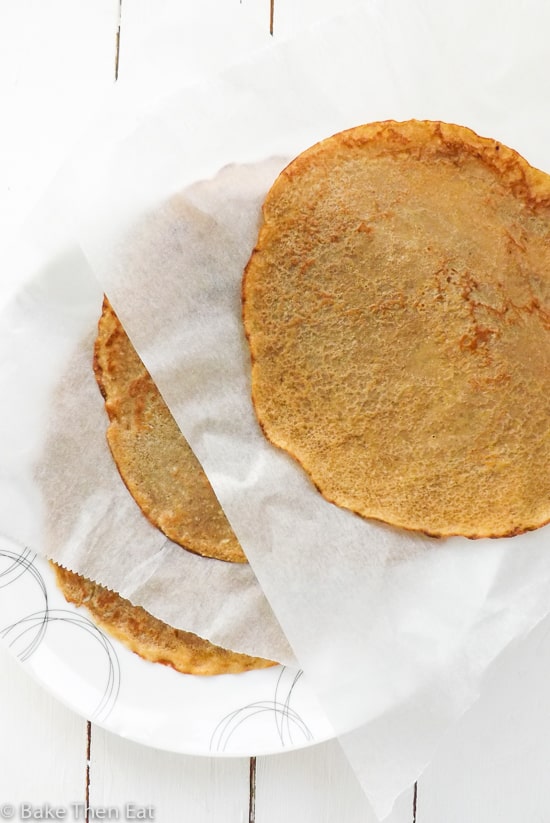 And if you wish to make these savoury, just half the coconut sugar and omit the honey, ground cinnamon and the vanilla extract. Happy Pancake Day! 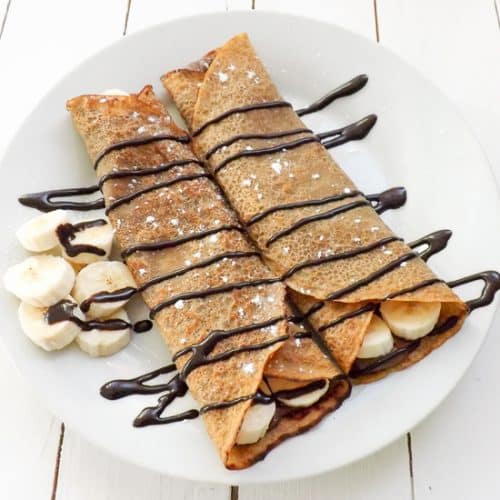